Frank, though he usually goes by Frankie, is a Brofinder date for Mark.

Frank works as a stripper, a job which he hates and is very ashamed of. When he goes on a date with Mark, he pretends to be a wealthy well traveled investor who leads a wild sex life.

Frank is shorter than Mark, with a muscular toned body and olive skin. He has short dark brown hair and brown eyes. One of the first things Mark notices about him when they first meet is that Frank dressed very well. For his date with Mark, Frank wears dark blue blazer with a green polo shirt underneath it and a yellow ascot around his neck.

Frank picks Mark up up at his apartment for them to attend the a concert by the Orlin orchestra. On the way to the concert Frank talks about his life of traveling and his demanding but rewarding job as an investor to a not very impressed Mark.

Meeting Frank for the first time. [Click to expand]

Frank lies about his car. [Click to expand]
Add a photo to this gallery

Eventually the boys can go further on their way to the concert thanks to a traffic jam. They decide to go to beach instead. They arrive at sex themed gelato shop, where they discuss their sex lives. Frank says he had a lot of sexual partners, including models and closeted celebrities while Mark admits he is not very sexually experienced.

The boys arrive at the gelato shop. [Click to expand]
Add a photo to this gallery

The boys go for a stroll on the beach where Frank continues to brag about his amazing life. Mark, who's had enough of it, gives him a piece of his mind which prompts Frank to admit he lied about everything, his world traveling; career and sex life, only to impress Mark.

In reality he is a stripper by profession and quite ashamed about his actual life. Frank also admits to not be very sexually experienced, having only had a bottoming experience once, which he didn't enjoy. Mark finally sees that Frank is actually very insecure about himself. 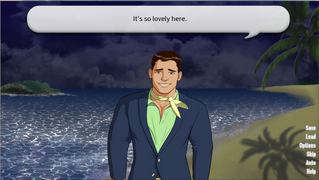 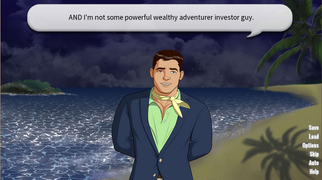 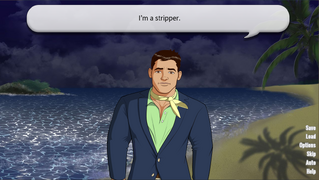 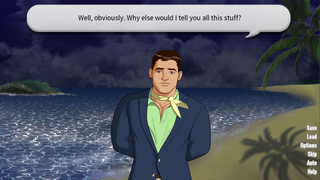 Frank admits he only wanted to impress Mark. [Click to expand]
Add a photo to this gallery

Mark tells him he has nothing to be ashamed of, and should own up to being a stripper. This inspires a impromptu strip dance from Frank, with Mark promising he would do one as well. The boys take their turns stripping, Frank being much more skilled than Mark, and make out. Mark says he would like to be the first guy Frank topped so the boys have sex on the beach, and after that's over, leave promising to see each other again.

Retrieved from "https://coot.fandom.com/wiki/Frank?oldid=6062"
Community content is available under CC-BY-SA unless otherwise noted.