Zelinski is a recurring character from Phil's route in Coming Out On Top.

Zelinski is a marine freshly out of boot camp. He is always together with his friend and fellow marine Knutson. The pair loves to antagonize and attempt to rile Phil up.

Zelinski has short light brown hair. He is muscular but shorter than his friend Knutson. He wears a light brown short sleeve polo tee with white collar and hem and blue jeans.

Zelinski first appear with Knutson at the night club Violet ran into the night she was supposed to go to a ballet concert. Him and Knutson flirt with Violet and tease Phil for being in a club when he was supposed to be helping his father's campaign.

Later the pair appears at the sports bar Phil likes to frequent. They invite him and Mark to go out and pick up girls, and after Phil refuses they accuse him of being gay and harass him.

Weeks later they attend the Walkers fundraising party for Donald, having been invited by Violet. 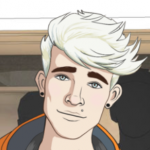 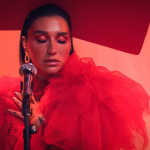